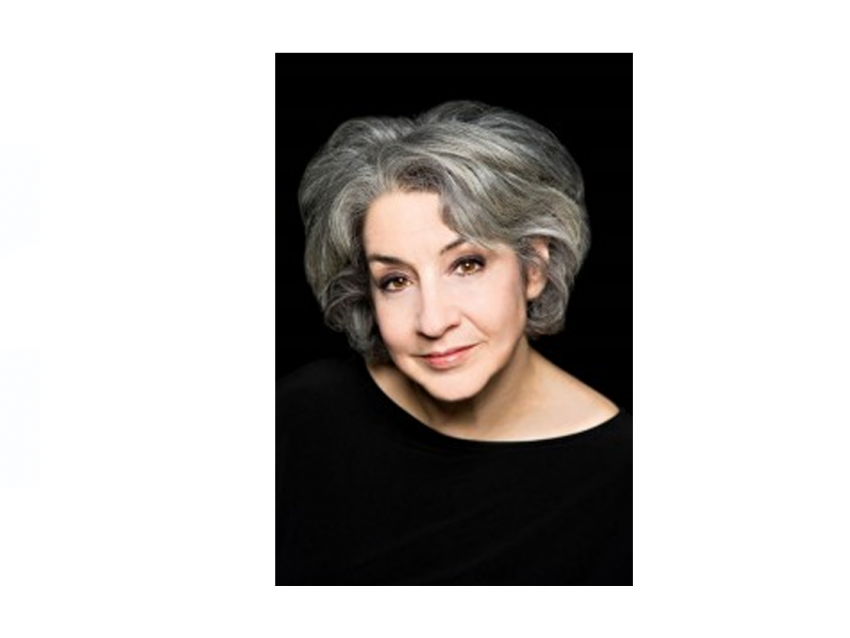 “After 16 years as Executive Director of the New York Early Childhood Professional Development Institute and the University Dean of the Office of Early Childhood Initiatives, Sherry Cleary has announced that she will be retiring, effective July 2022. Please join me in congratulating Sherry on her tremendous impact on our University, on families and students across New York State and New York City, and for her major contributions to the field.” -CUNY’s Executive Vice Chancellor, Dan Lemons shared earlier today.

The Institute has worked to create essential infrastructure for New York State’s early childhood workforce by building a system that will continue to empower and support early childhood leaders for generations. The legacy Sherry Cleary leaves behind is the establishment of a workforce system to insure funding, standards and competencies, career development resources, qualifications and credentials, training, and program quality assurance for individuals who work with the youngest children throughout New York. During her tenure, Sherry has developed the work from a small 3-person effort to a statewide organization with more than 120 staff members.

“I am honored and grateful to have had the opportunity to work with so many remarkable people at the Institute, CUNY, and throughout the state and country on behalf of our youngest children, their families, and the workforce.  This is a very special time for early childhood and there are brilliant, dedicated and passionate people ready to carry the work forward.” – Sherry Cleary

Sherry began her storied career on the front lines as a teacher of 4-year-old children at the Fredonia Migrant Program and then as a program leader at the Seneca Nation of Indians — where she experienced a culture and community that exemplified a “children first” philosophy and practice. This has informed her approach to child advocacy throughout her career.  She then worked as an associate professor and director at Erie Community College and at the University of Pittsburgh before returning to her native New York.

Prior to re-locating to New York City, Sherry served on the Boards of Directors of the Pittsburgh Children’s Museum; the PLEA organization, serving children with autism; and the Three Rivers Community Foundation. She was on the Community College of Allegheny College Advisory Board for the Department of Child and Family Studies and the former Chair of the Board.

Some hallmarks of the vision and leadership that Sherry has brought to New York include creating New York Works for Children, which is the state’s early childhood workforce system, including The Aspire Registry – NYS’ workforce data system. Sherry has led the implementation of New York’s quality rating and improvement system, QUALITYstarsNY, the coordination of the New York City Early Childhood Research Network, and the innovation of a statewide network of Early Childhood Career Development Centers, including regional Leadership Initiatives. She designed the state’s knowledge framework, empowering a team to create core publications used by the workforce and higher education.  The Institute’s work supporting professional development and designing new approaches to professional learning and coaching have shifted the paradigm for New York. In the last few years Sherry has enjoyed supporting CUNY’s 17 Campus Children’s Centers and focusing attention on the needs of student-parents.

Sherry has also served as the co-chair of the NYS Governor’s Early Childhood Advisory Council (ECAC) for more than 10 years. “I have worked side-by-side with Sherry Cleary as the Co-Chair of the ECAC.  Sherry is an inspirational leader dedicated to what is best for young children. She is unwavering in her commitment to strengthening the state systems that support children and their families, the early childhood workforce and higher education.  I will miss her as the Co-Chair.” said Patty Persell, the NYS Head Start Collaboration Director and fellow co-chair of the ECAC.

The ECAC’s strategic planning and working groups have made significant progress in making sure that the early childhood workforce have the resources that they need to succeed, including the CUNY/SUNY Early Childhood Workforce Scholarship.

“Sherry is a true visionary.  During her tenure at CUNY, she has spearheaded many important transformations to the early childhood system and built the Professional Development Institute into the most important and most influential organization in New York. Under her leadership and guidance, structures and courses have been designed that promote workforce improvement, accountability and quality. Her expertise is widely recognized across the country and she has been a true asset to CUNY, to government leaders, and to the early childhood field as a whole. With her deep conviction and understanding of the importance of quality early education, she has provided a roadmap for continuous systems development and improvement that I hope future government agencies and leaders will follow.

As a Trustee of a Foundation that focuses on early childhood, I frequently call on Sherry for guidance and advice, and, despite her busy schedule, she is always willing to help. In my more than forty years of grantmaking in this area, there is no one more knowledgeable and more insightful than Sherry.  I feel so fortunate to have known and worked with Sherry for the past sixteen years.  Although she has laid the groundwork for the continued importance of the Professional Development Institute, we will miss her steady leadership.”–Patti Lieberman, Mailman Family Foundation

“Sherry Cleary’s transformational leadership and invaluable advocacy have resulted in countless pathways of high-quality learning for our youngest children. Her wisdom, compassion, and strength are unmatched. Sherry’s life-long commitment and dedication to the well-being of children and their families has left an indelible footprint on New York City and beyond.” -Chancellor David C. Banks, NYC Public Schools

“Sherry’s leadership in our field is immeasurable.  Her passion and commitment to ensuring that the early childhood education profession is inclusive and pointed toward the science of early learning has impacted our system at all levels.  Sherry’s work has enabled us to see that institutions of higher education must break down the systemic barriers that are precluding full access to attaining degrees and that when we do that the possibilities open up for everyone who wants a degree in early childhood education.  Her legacy and impact will live long past her retirement.” – Rhian Evans Allvin, Chief Executive Officer, National Association for the Education of Young Children

Sherry’s bold vision and desire to drive systemic change has raised the bar for everyone she has encountered for decades. Her impact will always be felt in the field and she has forged a path to excellence and quality experiences for young children that every leader now walks on. Sherry is a visionary, a pioneer in her field and a true champion for children.

Cleary has said, “I will take a short sabbatical and then find my way back to the work in whatever ways I can be helpful- but at a much different pace!”

A plan for transition in Institute leadership is currently in development and further details will be forthcoming.