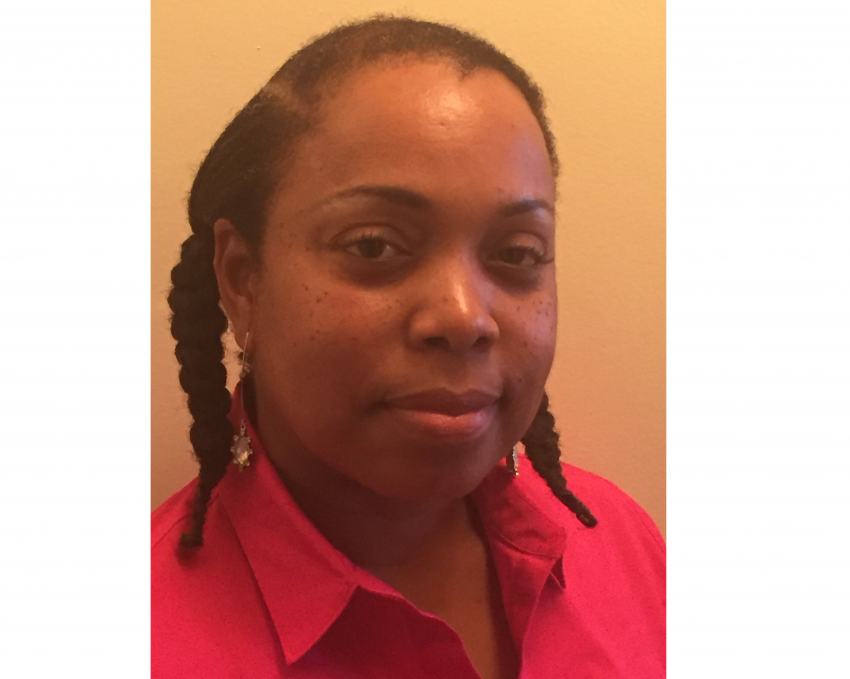 The Leadership Initiative invited its members to reflect on different aspects of leadership, bringing to light unique pathways, approaches, challenges and lessons learned. TLC hopes that through this series you get to know these diverse individuals and take away an appreciation for their journeys and leadership skills and its impact on the lives of children, families, their staff and communities.

Marcia Tobin-Drake is the CEO and Founder of Hands-On-Now-The-Arts Children Services, Inc in Rockville Centre, NY. I had the awesome pleasure of listening to Marcia tell her story of resiliency, authenticity, and leadership. She is passionate about her work with young children, specifically advocating and inspiring her families to dig deep and work past the systemic barriers and challenges that have impacted their community.

A Story of Resiliency: First Steps to Maturing a Leader

At an early age living in Grenada, West Indies, my experiences as a young girl were formative to who I am as a leader today. Despite the trauma that I confronted at a young age, being raised by a teenage mom and moving to the United States at the age of 14, the trials, tribulations and lessons that I went through shaped me. Little did I know that my leadership journey began when I was just a girl.

I worked at the age of eight, seven days a week, in a leadership role maintaining the farm animals, including feeding, pigs, rabbits, goats, cows, and chickens. The timing of each animal’s maintenance provoked at an early age critical thinking and problem-solving skills. The related tasks performed in the home included cleaning seven bedrooms, kitchen, large living room space, and preparing meals for a family of ten people. The daily task performance created a mental map of accountability, ownership mentality, a system of repetitiveness, coupled with a depth of responsibility within a prescribed timeframe. Through these experiences I had to learn how to manage my time and the high demands placed on me so that I could pursue my education and go to school.

Working the land provided tremendous respect for the earth’s power, awaking an environmental mindset. Tilling the soil, planting seeds, removing weeds, gathering the fresh fruits and vegetables, and getting them ready for the market day can be contrasted with the process of leadership. Market day was every Saturday. We traveled to the island’s capital city, St. Georges, to sell everything. My duties included selling items at the market, counting money, giving correct change to patrons, and appropriately engaging customers that visited our table. After market day, I reconciled the sales receipt and the remaining inventory. Working the land, coupled with market day, sparked an exploration of new entrepreneurial ideas.

Afterschool tasks involved working in the family shop and the liquor store on the same property as our house. I worked in the shop every day after school, Saturdays and Sundays. Patrons were allowed to get groceries and alcohol on credit. Some customers got their shot glass of alcohol, and I recorded the type of alcohol they drank and recorded the amount in a ledger book. I listed all the items given, what each customer-owed, and recorded the amount and the promise to pay date. When the due date and the customers came to pay their bill, I would add all the items price lists in the book and let the customer know how much their total bill was, including interest. Selling goods on credit and collecting the amount due introduced me to the system charts of accounts, accounts payable, accounts receivable, invoicing a customer, and entering the book’s cash. Some Saturdays, I spent the afternoon washing the family’s clothes by hand, using a bucket and a washboard. Sunday afternoon consisted of me ironing clothes for the family for the work week. Embracing a task-oriented mind became a way of life. I live every day with the mindset that it has to be productive. Each day I sought out new projects to challenge my brain, and it became a hobby.

These experiences were a blueprint for understanding market sales, return on investment, and hard work reward. These skills that I developed became my local funds of knowledge that influenced my drive for being a business owner and leader.

My life has purpose and meaning, the inner burst of energy at completing tasks propelling me to the next task. Having all those skills is a great asset; however, without an ethical character for moral impact to compliment those talents, one cannot be an effective leader. During my early 20’s, I was stuck in a dark place, being tormented by my trauma as a child that I couldn’t find the strength to keep living, the pain was insurmountable and felt like a scary giant was living inside me. The things I discovered were not matching the talents and all the confidence I possessed.

I later learned that even though I possess marketable gifts in many areas, I was traumatized emotionally in areas I never imagined. My outer strength was empowering to others; however, inside, I struggled emotionally.   In that moment of deep despair, my innermost strength from God pulled me from this dark place and allowed me to love myself, have faith to see inside the depth of me. I also realized that it is okay to seek out help from a professional so I could gain insight and begin the healing process.

Together, my faith and psychotherapy aided me in beginning to see the pieces to the puzzle of the life I now live. I see my surroundings and have a consciousness of my existence on earth, using all resources possible to impact others’ change. I enlisted an army of believers advocating for the betterment of our communities. We came from all over the world and vowed to change the places where we live. No regrets for those early years, no matter how much trauma I absorbed and inhaled, I now know how to live with confidence using a moral compass as a guide due to the foundation of testing during the early years and reminding myself every day leaders are born not made.

In 1998, [after] working for Citibank for 10 years, our office was closing, relocating to South Dakota. Deciding to accept a severance packet and then unemployment was perfect for my life at that time. Living at home with my parents, not paying rent and utilizing my funds for all the fun stuff in life. My stepfather was babysitting a 2-year-old during the day and asked if I was interested in taking on the task of watching the 2-year-old and her new baby sister.

Certainly, young children were not my thing and my interest was extremely low about the proposal. He asked at least 4 times a day, his persistence was irritating, and my new priority was to avoid him at all cost. He wore me down mentally with the question would you like to watch two children and make more money? I was not going down that road, deflecting during the times he caught me was the new agenda of interaction for me. This went on for about 4 months, and my secret desire was wanting him to stop speaking, period. The non-compliance energy in me agreed to this for one purpose only: he would stop asking me.

My first day of work in childcare located in Roosevelt NY, two children (2 years & 2 months), I received all the instructions from my stepfather and proceeded to implement them to make sure the children would receive good care while I was watching them. All day I was thinking, this will soon be over, and you will return to wearing suits and heels to work, the smell will be a lavender breath of air to inhale at your desk space. Little did I know in that moment — in my mother’s house with two children who did not care about me or my aspirations — the journey of my life in leadership with intentional purpose was beginning.

How was I going to satisfy and nurture the unseen emotional needs, while providing opportunities for their developmental growth to face the world and contribute as citizens in our society? First day of work reflections: these customers are selfish and dream about themselves all day long, even when they are awake and playing. Starting this business was strictly for silencing another person and of course, he did say ‘make more money.’ Within 3 weeks we had four children, ages 3, 7, 5, and 18 months. People in my church were spreading the word about my new business. So, with 6 children, we had weekly revenues of $1,200 cash. So, I rented a house across the street from my family home to provide additional space for the 6 children daily. I inquired locally to agencies about childcare and eventually to New York State regarding legal business set up.

The decision was made for me to return to work after 9 months of providing care for children. As the steps were put in place for my return to banking, every parent was told about the end date of services. However, my visual perception was blocked as to my future in banking; it was difficult for me to imagine that future for myself. I reflected on the last 9 months and decided to become a legal childcare provider in NYS, 8 children capacity in a home setting (family provider).

In 2001, I got married and joined with my husband at the time and opened up a licensed Group Family Daycare (14 children capacity) renting 3 rooms for daily operations, and in 2002 became a vendor for Nassau County Department of Social Services using a voucher payment system to provide childcare for working families. In 2010 I got divorced and started a Group Family Daycare in my 2-bedroom apartment. Shortly after, in 2012, I rented a basement and opened a second location. Our company became a legal S-Corp in NYS, December 2012, with me as 100% owner. By 2014 I remarried, closed the second location and decided to expand my business by opening up a commercial childcare facility (56 children capacity) servicing children ages 18 months – 12 years. Once I became established I began adding extracurricular activities for children such as, music class, drama, dance, Brazilian jiu-jitsu instructions, professional tennis, horse- back riding, soccer and mentoring for children 12 and older.

The vision of our center is directly interwoven within all the communities we service. Driving our intentional teaching techniques during a child’s early years, we plan to impact society and introduce the next generation of revolutionary thinkers. Our environment is where we set the life goals for adulthood: meaningful contributions to communities. We pledge to inspire resilience, longevity and to support a culture of personal growth within all teachers as they collaborate on ideas and show a beautiful mosaic of unity for children and families receiving (TLC) timestamp life coaching with Hands-On-Now.