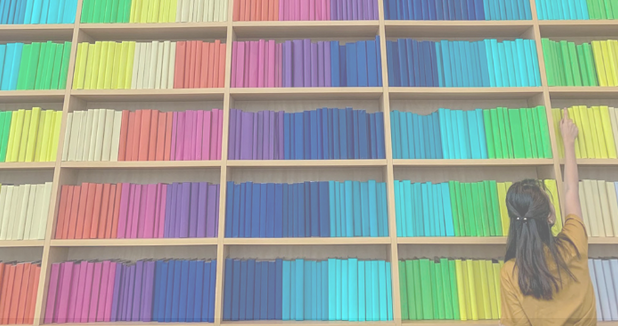 About two decades ago, while I was a preschool teacher in Argentina, I gave little to no thought to the gendered dynamics of my classroom. I identify as a cisgender (i.e., my sex assigned at birth matches my gender identity), straight, gender-conforming woman. To a great extent, this positionality allowed me to be “genderblind” about my early childhood pedagogy until I moved to the U.S. in 2016 for graduate school. During the first few years of my doctoral program, I was exposed to feminist and queer theory and reflected on my past teaching practice using these theoretical lenses. It was not until then that I came to realize how my pedagogical and curricular practices were reproducing gender norms and stereotypes. I frequently organized my students in boys’ vs. girls’ groups; the books I read aloud almost exclusively portrayed heterosexual, married couples. As an automatized habit, I often praised girls for their fashion and boys for their athletic abilities. I never encouraged discussions to challenge gender stereotypes and gender power dynamics. These are just a few examples of the multiple ways in which I was subconsciously teaching my students what was the right, preferable, most valuable, and easily recognizable forms of masculinity and femininity.

We live in a world where gender norms are beyond restricting and where LGBTQ+ people are subjected to discrimination, harassment, and violence. Thus, if I were to go back to the classroom, I would commit to doing things differently. I now understand that there is no such thing as high-quality early childhood education if our teaching does not embrace social differences and strive toward social justice.

My interest and commitment to gender justice have continued to grow throughout my studies, and I am currently conducting my dissertation on gender justice in early childhood education. I am lucky to be learning from the work of policymakers, professional development providers, and teachers who are fostering early childhood classrooms that embrace and celebrate gender differences. One of the things I have learned through my research is that one of the (seemingly) most straightforward practices that teachers are implementing is diversifying the books read in their classrooms, making sure that they represent “all kinds of families.” Needless to say, including books that portray family models beyond the hetero-normative, nuclear family (i.e., an heterosexual, monogamous married couple with children) is a valuable and necessary starting point.

However, in this brief reflection I want to point out what I believe to be one of the most overlooked limitations of diverse family books. As the authors of the First Conversation children’s book series explained: “The books that are out there are wonderful tools, but really, only if you know how to use them to have deeper conversations about systems of oppression like patriarchy and racism.” Teaching kids about LGBTQ+ identities primarily, if not exclusively, by explaining that there are many different types of families and that “some children have two dads/moms” is a pedagogical strategy that does not necessarily triggers relevant social (in)justice conversations and transformative change. The “different kinds of families” framework excludes the lives of so many queer people who, not only are not married with kids, but more importantly, are experiencing multiple and interlocked forms of social violence.

In this sense, teaching exclusively about “two moms and two dads” makes invisible the vast number of LGBTQ+ adults that are single. The U.S. Census data indicate that the proportion of unmarried adults has substantially grown during the last decades. By 2019, roughly four-in-ten adults ages 25 to 54 (38%) were unpartnered, compared to 29% in 1990. When disaggregated by sexual orientation, the proportion of unmarried lesbian, gay or bisexual adults is estimated to be even higher at 47%.

Moreover, focusing only on “diverse families literature,” does not support complex conversation about how systems of oppression affect the LGBTQ+ community. For example, most transgender adults do not have access to the resources that make the choice of marriage and kids possible. They are being denied access to basic forms of health care and suffering high rates of unemployment and poverty. Up to 40% of the 4.2 million youth experiencing homelessness in the U.S. identify as LGBTQ+; and all these forms of oppression are always substantially deeper for Black transgender people.

Against this background, by teaching young children about gender and sexual diversity only through the traditional different types of families framework, we oversimplify what it means to be LGBTQ+ in America. We recreate narrow scripts of socially acceptable lifestyles, convey the message that the socially acceptable form of adulthood is to be married and preferably have kids, and fail to recognize the actual lived experiences of the LGBTQ+ community. We render illegible the complex lives of so many—if not the majority of—queer people, whose life choices not only depart from the traditional family structure but are limited by multiple forms of oppression and social injustice.

I believe it’s time to ask: Are we going to teach young children that queer forms of relationships—those that disrupt the traditional Western family arrangement–are possible and rightful ways of living? How can we use children’s literature as an entry point for complex yet necessary conversation around LGBTQ+ social struggles? As early childhood educators committed to social justice, these are important and urgent questions we need to come together and explore.

Carolina Snaider (She/her) is one of the Early Career Scholars, 2021-2022 Cohort.  She is a doctoral candidate at Teacher College, Columbia University, and a researcher at the Consortium for Policy Research in Education.