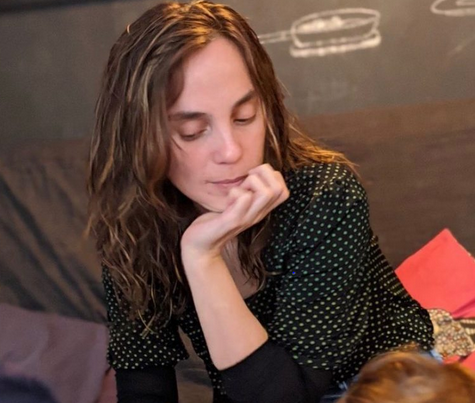 I have been working at the NY Early Childhood Professional Development Institute at CUNY for over a year and a half. Here, I have had the opportunity to work with teachers, providers, and directors by offering different types of training to support their work with young children and families.

Almost two months ago, I was asked to help one of the teams within the Institute. They needed someone who speaks Spanish and, of course, has experience in the field of early childhood. To be honest, I am always thrilled to do training in my home language — somehow it brings me back home. My role was described as assisting the facilitator and getting familiar with the topic of the training: gender and sexuality in early childhood. I agreed to participate and collaborate, and the topic really excited me. However, I was a little concerned about the amount of content knowledge I have about the development of gender and sexuality in young children.

My journey started with getting to know the member of the team who was doing the Spanish session I was going to support. Since I moved to NYC, I always get some sort of magical feeling when I meet someone from my country, and here I was again, looking at how NYC was putting out its magic. Within a few seconds, we realized that we have so much in common; we grow up in the same country, and speak the same “type” of Spanish. During our first hour-long conversation, we realized that the work we have done supporting the field of early childhood,  especially with our Latinx communities, was something truly special. We did not have the exact words to define it, rather than a deep sense of belonging. I knew then that facilitating this training will be unique and powerful, as it was.

The invitation to support that three training sessions ended up being an invitation to bi-weekly meetings to know the whole team. I am telling this story because in the last three months, I did not only complete the training in Spanish with an amazing community of Family Child Care Providers, I also realized that my worries about my of knowledge of gender and sexuality in early childhood mirror the lack of discussion and reflection both topics had in my work as a preschool teacher and teacher educator. I was not only entering a new team, I was also having the opportunity to explore these topics as part of a long discussion and reflection.

In these three months I witnessed the powerful work this team does in the field, and in such a short time I definitely started paying attention to some of the things I learned in the training. As a mother, I became more aware of  gender and sexuality development of my child. For example, one of the first things I noticed was this idea of consent and how little I was asking my child his level of comfort when I was touching his body. Or how little attention I was paying to how we interact as a family with my child’s sense of self and discovery of his body. In addition, in my short journey with this team, I quickly realized that gender and sexuality bring to the surface connections to other topics such as race, social inequalities, something I learned is called “intersectionality”.

My big takeaway from this experience is that we need to make sure gender and sexuality are not topics of sporadic discussions and conversations that we have with teachers, parents, or leaders in the early childhood field. Gender and sexuality development have become an integral part of my reflection as a mother and teacher educator because this team of educators and experts has given me the space to understand their process and why it matters for them. We need to acknowledge the hard work that people from LGTBQI+ communities have done, and how they have tried in all different directions to bring these conversations to everyone, especially the ones who, like me, are not aware of the lack of knowledge they have or the lack of space they give to hold deep discussions. As members of the early childhood community, we cannot lose the opportunities to embrace the importance of offering discussions and making sure teachers, families, and Early Childhood programs have them as an ongoing process, not only to check a box, but because they matter in protecting our children’s diversity and identity within a lens of justice. As one of the assistants to the training said, learning and discussing about gender and sexuality in early childhood gives us the opportunity to “ser una una mejor persona en esta sociedad que está cambiando” (be a better person in this society that is changing).

Tatiana Bacigalupe is a Professional Development Specialist at the Institute.

4 thoughts on “Learning about Gender and Sexuality”