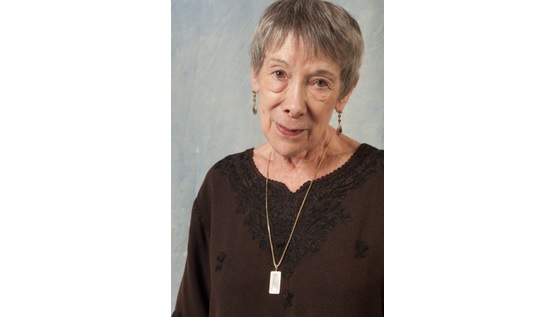 Susan Feingold, founding Executive Director of the Bloomingdale Family Program, and her community—a world of relationships in partnership with families—are a model for local and international visitors. These are a few memories of Susan, recalled by friends, early childhood educators, who will never forget her. The community she helped to create welcomes, serves, and connects with children and families grounded in respect for local knowledge and rooted in child-centered practice and family-centered, community-based leadership.

Marilyn Barnwell, Educational Director at the Bloomingdale Family Program, recalled, “Susan found the uniqueness in everyone.” She said “Bloomingdale is a fertile soil,” and inspired her to “Grow where you are.”

Yandra Mordan-Delgadillo, a long-time teacher at the Bloomingdale Family Program, remembered how she was welcomed as a parent to register her daughter. Susan’s eyes met hers with tenderness and “she felt for the first time [since she had come to the US] that she and her family mattered. That she cared about us.”

Yandra’s daughter, alumna Massiel Mordan-Delgadillo, shared how being at Bloomingdale Family Program, fostered her artistic self-expression “to unlock a door to a world full of possibilities.”

Susan pulled families together to improvise, starting a program with no more than a playground in a public park and persistence. This commitment of families to do things in the right way and by creatively making do together would lead to a journey of discovery. The families’ efforts captured the attention of the federal government, “the Feds,” who came to look at their program and noticed two significant elements: parent involvement and family services. That discovery visit informed the blueprint for Head Start. When Head Start was launched, it included those two core components.

How did this program begin so simply and continue to grow? I learned from Susan’s memorial and knowing and speaking with Marilyn and Yandra, two phenomenal educators and human beings, about Susan, her special place in their lives, and her unique contributions to their community and the early childhood field.

Susan was born on December 17, 1924, in Krefeld, Germany. She lived in her childhood home with her mother, father, brother, aunt, and grandparents, grew up with Jewish tradition, and went to Hebrew school. Her parents arranged for her brother to move to Boston because of his experience with anti-Jewish violence. She and all Jewish children were kicked out of school on Kristallnacht, the Night of Broken Glass, November 9, 1938, as described in an interview with the US Holocaust Museum. Her father had to close his business, and, in 1939, her parents sent her to live in England as part of a Kindertransport, a rescue action organized for Jewish children. She came to live in the US to study theater and became an actress on and off-Broadway. She met her husband, and they had a child.

She left her work on stage after becoming a mother, and she came together with a group of multicultural families who wanted a free, racially integrated play group for their children. They were an ethnically and culturally integrated group who talked, got to know one another, and improvised to create a community-based program that became the Bloomingdale Family Program.

Susan had a clear vision of a program where parent participation and partnerships are centered and cultivated. She welcomed and encouraged parents through employment opportunities within the program and supported them to grow. The majority of Bloomingdale staff began as parents who started as volunteers in the program and became substitutes and then teachers.

Yandra describes her reception at Bloomingdale in 1991 and expresses her eternal gratitude for how Susan modeled the program’s philosophy of care. Susan made Yandra feel seen for the first time since arriving in New York City as an immigrant from the Dominican Republic. After their arrival in 1991, her family had experienced a culture shock. She was caring for her three young daughters when she first climbed several sets of stairs and entered the program, where she was welcomed by Susan who helped her to register her daughter. Yandra used English learned in school, yet she and Susan understood one another. Susan reassured her not to worry – that they would be there for her and her family.  Susan extended understanding and empathy to each family as she identified with their struggles. Bloomingdale Family Program offers this family-oriented community experience to children and their families: being noticed, seen, and valued.

Families and children who are consistently supported with resources and opportunities are also able to see themselves and children as capable and resourceful. Yandra’s daughter, Massiel, was supported with one-one attention and loved expressing herself in the arts. During play therapy sessions, Monica Elmer, her therapist, identified her interests, and she took the time to locate and go with Yandra to enroll her in music classes. As a result, Massiel blossomed there, and today she is a successful actress. For so many families like theirs, who come to the US seeking a better life for their children, the program develops the special qualities of children. The community-based approach at Bloomingdale Family Program activates confidence in the quiet child and gently acknowledges the intense feelings of a child with challenging behaviors who learns to validate and respond to others’ feelings. For many years, I have learned from Yandra, who graciously spoke with me for an interview. We talked about Susan, her legacy at Bloomingdale, and its impact on educators like her who turned their daily struggles into pedagogies of possibilities.

Susan acted on her strong commitments to early childhood programs that promote innovative practices and equitable educational outcomes for low-income families of color and immigrant families. She made presentations in Washington to fund the program’s one-to-one work with the children who needed that therapy. Bloomingdale families, teachers, and directors traveled with Susan to join with over 200,000 families, child advocates, and leaders from different backgrounds to advocate with the Children’s Defense Fund in 1996. Susan fiercely championed her community’s unjust segregation and inequitable treatment in educational systems, which drove her to act to transform these social realities. She recognized the adverse effects of living in poverty and racial segregation, and that drove her to do something about it. She served her community for forty years as Executive Director, and she readily fought racial discrimination, raising her voice to garner every resource available to serve children and families and provide opportunities through opportunities for family engagement, services, and integrated support networks.

Susan Feingold retired from the Bloomingdale Family Program in 2008. In 2009 she was awarded an Honorary Doctorate by the Bank Street Program. Her visionary leadership centered on relationships, criticality, and responsibility in a community. While solutions to the complex problems that we face in programs are not clear cut, those of us who are lucky can look to and learn from educators in programs such as Bloomingdale to point to solutions. The generous, kind, and principled educators who engage children as playful collaborators make a way to tap into the expertise and exponential potential within communities. Susan has inspired countless generations of educators and families, such as Marilyn, Yandra, Massiel, and others, with the strength of her convictions and the softness of her care during her purposeful life.

Lorraine Falchi is an early childhood coach at the Institute who works with teachers and leaders.